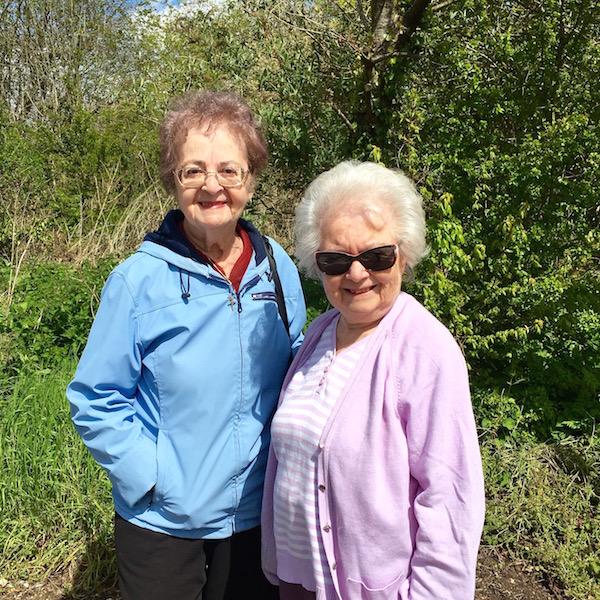 My Beauty feels like it has been under way for some time, from meeting the beauty queens who inspired it (back in 2011) to receiving Arts Council England funding and setting up this website. But yesterday (Tuesday) felt like the first proper day of the project, as I was out meeting and photographing former-beauty queens.

I had a tentative contact from Rosalyn last week, telling me she lived a long way from where I was concentrating my actions. She also told me that she would be leaving the UK again soon. With time being of the essence, I quickly arranged a meeting with Rosalyn in Dorset. The sun was out and the train timetable was kind. Although the café where we had arranged to meet had closed down.

Worried that we may never meet, I had a look around the station and was relieved to find Rosalyn. I was even more pleased to find that she had her sister Evelyn with her.

As we sat and chatted over coffee, I learned that Rosalyn was Miss Dairy Maid 1960 in Margate and that both had entered Miss Margate 1958. Evelyn was runner-up in that contest and often appeared in the Miss Margate sash, as the competition winner was regularly unavailable for the public engagements that went with the title.

The sisters – whose parents used to run the Rhonallea Hotel in Edgar Road, Cliftonville – were a delight to be around. They were exceedingly generous with their time and their anecdotes of Margate and beauty shows past. I think they’d both had a crush on a young Reg Varney, who was performing in summer season with Benny Hill when they were teens.

I look forward to meeting more amazing women like Rosalyn and Evelyn. So do let me know if you, your aunt, sister, mum or nan ever took part in any beauty contest in Margate, Cliftonville or nearby. The more I explore this untapped history, the more I find. And that will just keep driving me on, recording history, telling stories and making sure those voices are heard.

Contact details are in the About section. But you can simply email on margate@my-beauty.co.uk.

A Margate first?
A first event for My Beauty in Cliftonville

My Beauty is live

The pictures that got away

Merry Christmas from My Beauty Margate

The generosity of others

Brothers and Sisters, a bit of hush for the beauty queen