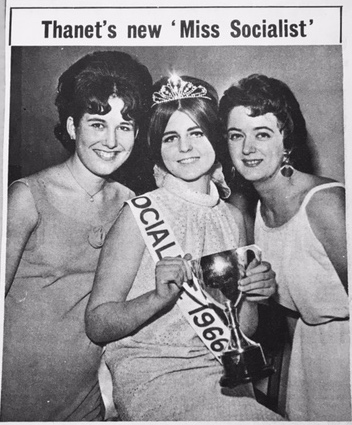 The Libdem win in the Brecon and Radnorshire by-election is big news this morning, reducing the government’s majority to just one. Although many news outlets are also commenting on the poor Labour result and speculating on what they can do to pick up numbers.

Firmer positions on Brexit have been mooted, along with a change in leader. But a return to official Labour Party beauty shows has (as yet) not.

It may be hard to believe, but In simpler, less-enlightened times the Margate Labour Party really did hold an annual beauty show. I have found at least two years so far, 1965 and 1966. But there may well be more. The winner was, of course, crowned Miss Socialist.

Above is  the 1966 winner,  Julie Cannon. Below is 1965’s winner at the Margate carnival. She is one Linda Fleming, mother of national treasure and TV star Holly Willoughby. 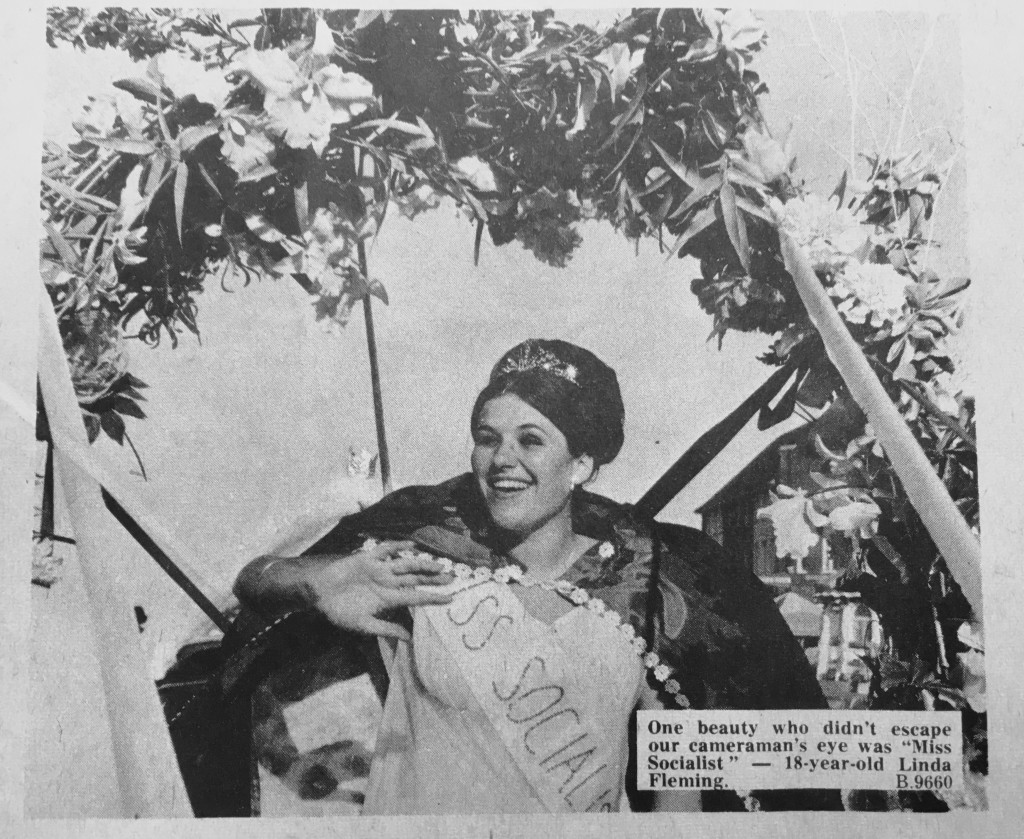 Whatever your views, these pictures of Margate’s Miss Socialists is pretty shocking in a modern context. Yes they were taken over 50 years ago, but they reveal so much about the world of politics at that time. Trades unions were also regularly holding beauty shows, as did many factories. The Liberal Party (forerunners to the Libdems) had a contest of its own in Thanet area into the 1970s. Below is 1965 winner of the Liberal Princess crown, Christine James.

I have not found any Conservative Party contests as yet. Whether that is because local Tories found the contests demeaning, common or simply beneath them will have to be left to speculation for now. But if you come across any or ever took part in a political party beauty contest in the Margate area I would love to hear from you.

The main picture from the local press shows Miss Julie Cannon, a 17-year-old student from Birchington, winning the contest at the annual Labour Party dinner and dance at Queen’s Hall. The ‘eight charming competitors’ were judged by local councillors and then local(ish) MP David Ennais. Miss Jenny Hamilton of St Peter’s and Miss Eva Van de Hurste of Margate were the runners up. Let me know if you know any of them, or indeed if you are Holly Willoughby’s mum or you know her.