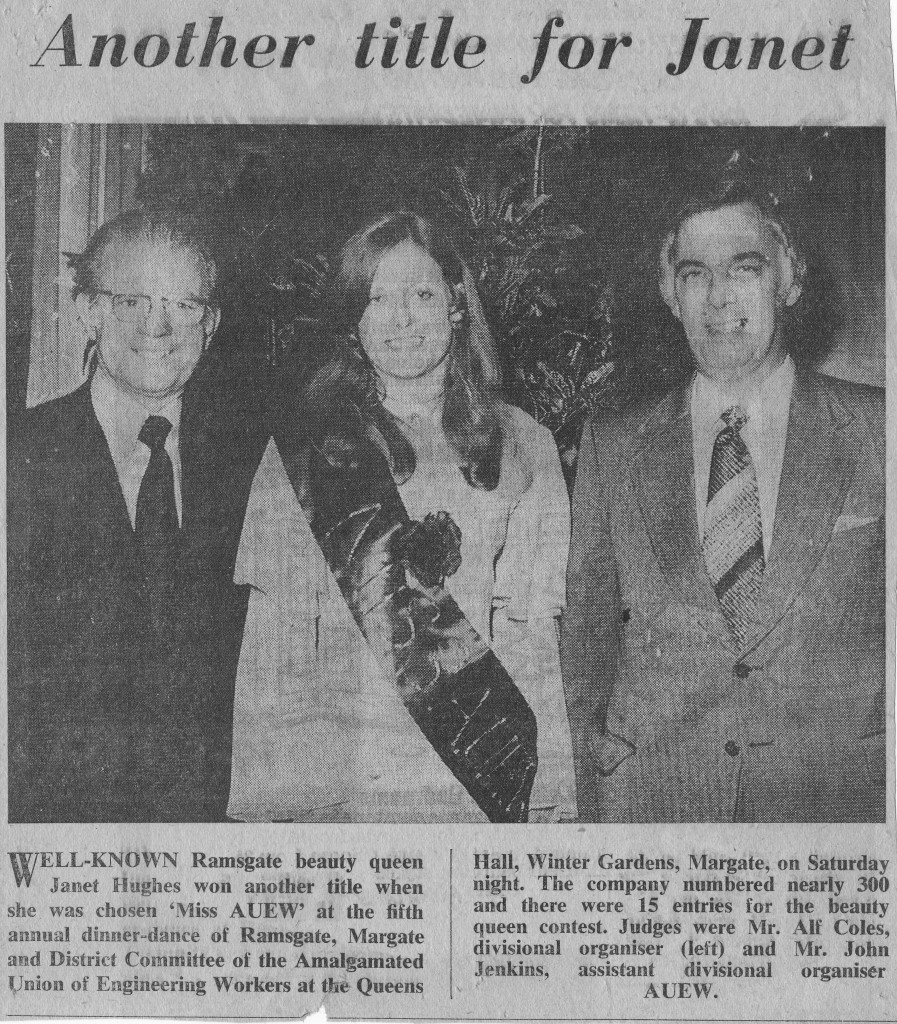 It may seem somewhat strange nowadays, but trades unions once held their own beauty contests. Many workplaces did the same, especially the manufacturing factories in the Thanet area. There is no date on the clipping, but this would have been around 1974.

Here is Janet Hughes, winning the Miss AUEW contest at the Margate Winter Gardens. Now merged, merged and merged again into Unite The Union, the AUEW is now a thing of the past, as are trades union beauty shows.